Record Stores Are Returning to Alabama

Way back in the 1990s I predicted that digital music would turn out to be a fad and that people who truly love music would eventually return to buying vinyl.   I was sort of right.  I don't think digital music will be going away at this point but I am happy to see that the other part of my prediction is coming true.   For me, CDs and downloads are handy for checking out historical collections and identifying songs I really like.  I will then go out and try to get a vinyl copy to actually listen to.   It seems that more and more people feel the same way.

Over the past several years there have been plenty of news stories about the vinyl resurgence.  And while many independent labels never stopped releasing vinyl, major labels who had abandoned the format are now pressing limited vinyl releases as well. 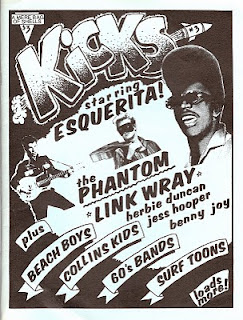 Record collectors, who have remained somewhat of a counter culture constant for the past 60 years or so have become the main movers behind vinyl's resurgence.   Many have formed collector clubs that host record shows and share their musical obsessions through radio shows, fanzines and blogs.

Collector labels like Sundazed and Norton among many others, have reissued rarities and made a huge catalog of vinyl available for those who don't have the luck, commitment or funds to get original copies.

Sadly, many independent record stores were not able to make it through the dark days when practically everyone carted their vinyl collection out to the trash.  Many who did survive have struggled but the tide is finally turning in their favor.

Since 2007, we have Record Store Day, an annual event designed to celebrate independent record stores with limited edition vinyl releases of all kinds.  And a whole new generation of USB turntables make it easy to create personal digital versions from vinyl to email to friends or play on that morning jog with the iPod.

Another funny thing is happening - people are actually opening new record stores and two have appeared in Alabama this year.  Again collectors are at the forefront of this trend. In April, vinyl collector Keith Glass opened Mobile Records at 140-B S. Sage Avenue in Mobile.

On Monday, July 2nd Jack Wilson and Ray Edwards will be opening their store Birmingham Records at 1103 Main Street in Gardendale.   At 8:30 that morning there will be a grand opening complete with refreshments and the Mayor of Gardendale officiating at the ribbon cutting.  So get there early to enjoy a doughnut and the ribbon cutting before you go shopping for some groovy treasures. 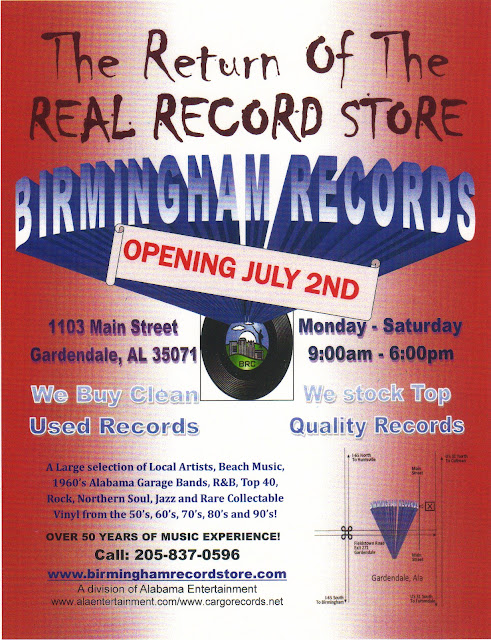