Local Legend Benefits From Sale Of His Music

Alabama Piano Legend Bobby Mizzell was born in Childersburg in 1937. Before he reached 21 he had his own radio show, had won a TV talent contest playing “Tommy Dorsey’s Boogie Woogie”, and had formed his own Kim record label. He also had recorded what is still considered by many to be one of the greatest piano rockabilly songs ever: “Knockout.”

Bobby joined with his close friend, Alabama’s Lee Woodard to put out classic songs such as “Heart And Soul”, and “Same Thing.” This record on the Birmingham Reed label was picked up by 20th Century Fox for national distribution. After performing on the Birmingham TV groundbreaking “Country Boy Eddie” show Bobby moved to Beaumont, Texas in 1960. For the next five years he worked as an in-demand session piano player for a variety of recording artists. Then it was on to California where he mixed playing in Los Angeles night spots and working as a film editor, restoring classic films. 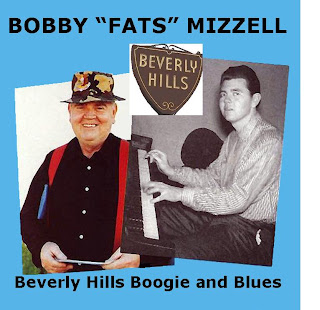 In December, 1985 Bobby played on Rick Nelson’s last recording session that included a super job on the song “You Got Me Gone.” Rick was so impressed that he asked Bobby to join him on tour. Other commitments prevented Bobby from taking the offer to join Rick Nelson on that ill-fated last tour.

By 1986 he was back rockin’ the piano. He restarted Kim records and released a string of piano pumping songs. He performed with one of his idols, Hadda Brooks, famous Boogie piano player. They became friends and she produced several of his recording sessions.

While Bobby is in his 70’s and has faced a battle with cancer, he still has found time to perform fundraising concerts near his home. He is well remembered as the Boogie and Blues piano player at the Tam O’Shanter club in Glendale and Magoos in Hollywood. 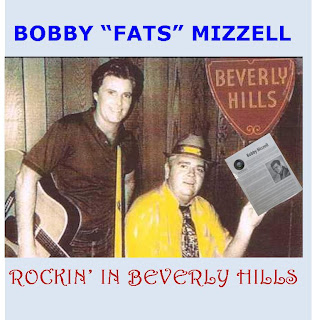 Bobby has many fans back in Alabama, including members of the Birmingham Record Collectors club. When word reached them about Bobby’s health problems one of the members, Ray Edwards called to ask if his record company could release Bobby’s music back in his home state to help out. Bobby’s son Richard provided two CDs plus one of the BRC members had a copy of a release from 1993. The result was a two CD set containing 45 Bobby Mizzell’s songs. Cargo Records provided all of the CDs, cases, and booklets at no cost and all of the money taken in goes directly to Bobby.

The CD’s are available at the new record store in Gardendale, Birmingham Records, for just $15.00 each, or may be ordered by calling the store at 205-837-0596. They will also be available at the BRC Record Show, August 18th & 19th at the Cedars Club, 2 blocks east of I-65 at the Green Springs exit, just south of downtown Birmingham.


More information: http://alabamamusicoffice.com/artists-a-z/m/801-mizzell-bobby
Posted by Sylvia at 7:45 AM No comments:

Dora native, Terry Fell is best known for writing and recording the influential country classic "Truck Driving Man", the b-side of his 1954 release "Don't Drop It" on the RCA subsidiary label "X".  "Don't Drop It" charted #5 as a country hit. While "Truck Driving Man" took a little longer to make it's way into the limelight, it has stubbornly refused to step out ever since.

Truck Driving Man has been covered by many other artists, including Buck Owens who sang back up on the 1954 original.   Between 1962 and 2011 the song was released by more than 18 artists in English, it has also been translated into Norwegian.  Here is a sampling of Truck Driving Man, starting with the original (plays at 2.07):


Fell's first recording was made as a member of Billy Huges' band, then his solo recording career spanned from 1947 to 1964 when he quit performing but continued to write and publish songs.  Though he never had a lot of hits he was a smart songwriter who had a talent for fun, uptempo boppers with witty lyrics and innovative stylings. Here are a couple of my favorites.


Finally here is some rare footage of Terry entertaining some folks in Nashville in 1975. Thanks to the filmmaker Hans Haggstrom for sharing that with us. Sure looks like a great party!

More info:
http://alabamamusicoffice.com/artists-a-z/f/760-fell-terry
Posted by Sylvia at 12:21 PM No comments:

Larry and the Loafers Friday June 13 in Birmingham 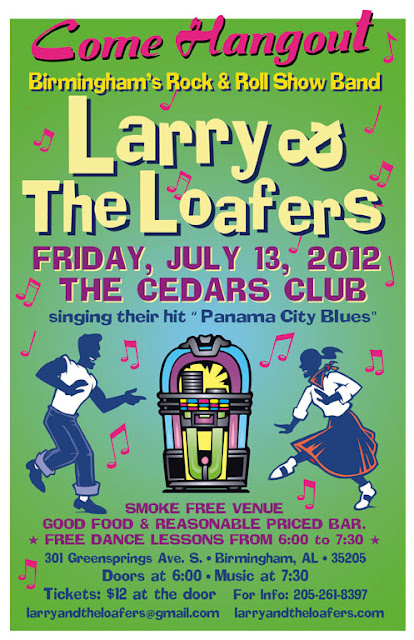